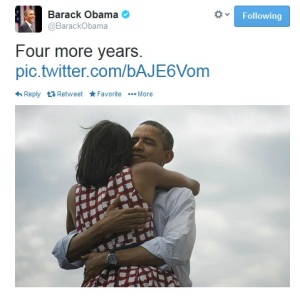 No less than three of the Brookings Institute’s Ten Communication Lessons from the 2012 Presidential Election relate to the game-changing impact of Twitter, including the democratization of political debate and commentary.  Pollster Stephen Mills commented in the Guardian during the campaign that “tweeters, not bloggers or pundits, will decide debate winners as politics shifts from a 24-hour news cycle to a 140-character one”.

So, will Twitter play a similar role during the 2014 European elections?

END_OF_DOCUMENT_TOKEN_TO_BE_REPLACED

Cyprus and the European public sphere

The Spring Quarter started this week at the University of Washington.  I will be teaching a class on the European Union where we will be looking, in particular, at how digital media are changing the EU.  One of the issues we will be grappling with is something that often comes up at conferences and discussions in Brussels – the elusive “European public sphere”.

As I have been finalizing the preparations for my class over the last couple of weeks, it has been fascinating to observe the online interactions around the economic adjustment programmes for Cyprus that were discussed by Eurozone Finance Ministers on 15 and 25 March.  According to topsy.com (see graphic) there have been over 1 million tweets mentioning Cyprus during the last month.  The peaks in traffic on Twitter clearly correspond to the two meetings of Eurozone Finance Ministers.