Can open data improve the effectiveness of EU funding? 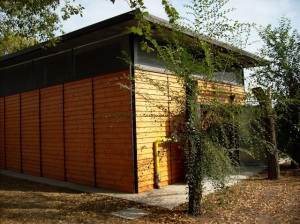 Roncoferraro, a small town in the northern Italian region of Lombardia, has switched to 100% renewable sources for its muncipal energy needs.  A mix of different technologies, including solar power and a high-tech heating network running on locally-produced woodchips, provides heat during the cold winters and air conditioning during the hot summers.  These investments were part-financed by the European Union through the European Regional Development Fund.

Until recently, it was difficult for journalists, researchers and even public officials from the different administrations in Italy to get a comprehensive overview of the way EU funding is allocated to projects in local communities like Roncoferraro.  The relevant information was dispersed across the websites of different managing authorities, and published in formats that made it difficult to access and work with the data.

But this has now changed, following the launch of Opencoesione by the Italian government.  Opencoesione is an open data portal that provides financial and statistical information on some 500,000 Italian projects, which have received a total of €50 billion in EU and national funding.  Putting the data together represented a huge collaborative effort, involving more than 30 different administrative bodies.  Within the administration, the process has opened up huge amounts of detailed information that was not being used, made it possible for regions to learn from one another, and changed the way some regions are using EU funding.

Italy’s Minister for Territorial Cohesion, Fabrizio Barca, presented Opencoesione a couple of weeks ago at the European Parliament.  He argued that increased transparency concerning the allocation of EU regional funding in Italy would help to meet the following objectives:

The team that worked on Opencoesione has done a great job on the website, which offers attractive ways to visualize the data both by theme and by geographic location.  Users can download raw data in re-usable formats.  Interestingly, the portal is also open to user-generated content, allowing people who are involved or interested in projects to upload information.   During his presentation at the European Parliament, Mr Barca acknowledged that the USA’s recovery.gov website had been one important source of inspiration.

Other good practice examples of national websites presenting data and information on EU regional funding include:

It will be interesting to see how different EU countries take up the challenge of publishing data on beneficiaries of EU regional funding in an open and transparent way when they prepare for the 2014-2020 funding period.  In its proposals for the next period, the Commission has included more detailed provisions on data formats and fields compared with the rules that currently apply.

One response to “Can open data improve the effectiveness of EU funding?”